With over 100 years of experience, today Olio Dante S.p.A. is one of the main olive oil producers on the international scene, thanks to its strong presence in a broad range of countries around the world.

The story begins when Andrea Costa - the progenitor of the
homonymous Genoese family - starts to sell olive oil and textiles from Sardinia to Liguria. In the second half of the 19th century, the Costa company specialises in buying raw olive oil in Mediterranean countries, with the aim of exporting it overseas. 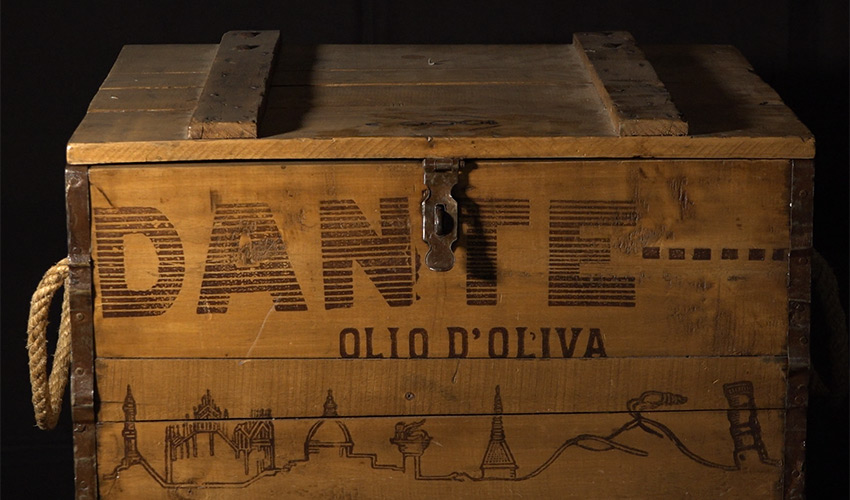 The first bottles of oil are sent to North America, Argentina and even Australia under the Dante brand, giving the exported oil a name which would immediately be associated with Italy.

Andrea Costa’s son, Giacomo, founds the “Giacomo Costa fu Andrea” trading company with an ambitious vision in mind: bringing a little bit of Italy into kitchens around the world.
His winning mission would bring Olio Dante to the tables of millions of consumers for over a century.

In 2008, Spanish group SOS-Cuetara buys the Italian brand from the Anglo-Dutch multinational Unilever – which had bought it in 1985 from the Costa family – to later resell it, in April of 2009, to the Oleifici Mataluni in Montesarchio (Benevento, Italy), where the company is currently established.
The Oleifici , under the leadership of the President, Biagio Mataluni, manage therefore to bring the historic brand back to Italy after 24 years. Meanwhile, from 2006 onwards, the company - later renamed Olio Dante S.p.A. - had also bought up several other historic brands, including Topazio, OiO, Lupi and Olita.

The ISMEA (a public financial body linked to the Ministry of Agricultural, Food and Forestry Policies) participates in Olio Dante S.p.A.’s capital in order to strengthen the presence of its brands across national borders.

The management company Oxy Capital, together with the finance contributed by illimity Bank, starts the implementation of a business development plan, focused on increasing the saturation of production facilities as well as internationalising. Mataluni family and Ismea remain in the shareholding structure.

The Company boasts a modern production plant, spread across a surface area of 50,000m², with a mill (250,000kg of olives/day), 2 refineries (olive and seed, 250,000kg/day), 20 bottling lines (1,000,000l/day) and a high-level quality control laboratory. It is one of the main producers of edible oils on the international scene, along with the most important historic Italian labels, also producing private-label products for selected Italian and foreign large-scale retail companies.