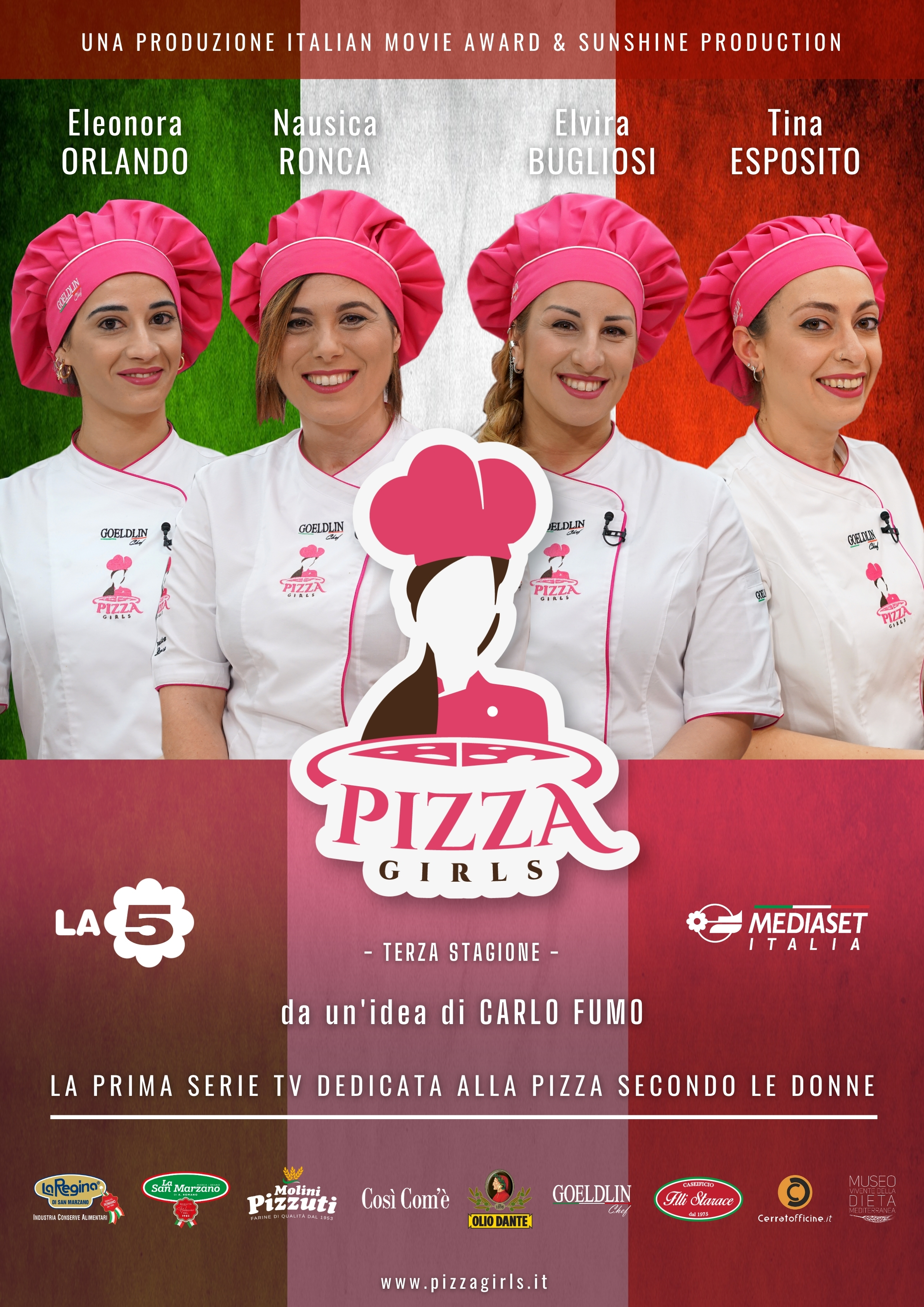 After the great success of the second season with ratings peaking at approximately 10 million viewers, the new edition is going to start since May 10

After a second record season, Olio Dante continues its sponsorship of PizzaGirls®, the first TV format dedicated to “la pizza secondo le donne”. The new 40 episodes of the third edition will be broadcast on La5 from next May 10, Monday to Friday at 12.

In addition, they will also be broadcast abroad by Mediaset Italia, starting in June 2021.

After the great success of the second season with ratings peaking at approximately 10 million viewers, Olio Dante – during the year dedicated to the celebration of the 700th anniversary of the death of the Supreme Poet – decided to immediately come back on TV as Pizzagirls sponsor. As before, the real star of the program will be pizza, a universal brand associated with the expertise and inspiration of the “master pizza chefs”, who will season their culinary creations with a drizzle of Olio Dante.

To conduct the forty episodes,  each lasting about 10 minutes, there will be the four “master pizza chefs”: Nausica Ronca from Vietri sul Mare (SA), Tina Esposito from Pontedera (PI), Eleonora Orlando from Amsterdam and Elvira Bugliosi from Pescara. The pizzas will be topped with the help of numerous guests coming from the show business: Anna Falchi, Crisula Stafida, Fatima Trotta, Lory Del Santo, Sergio Muniz, Melita Toniolo, Marco Milano and the pizza chef Franco Pepe.

PizzaGirls ® will be repeated, again on La5, in the late evening. All the episodes, since the day following the airing, will be available in streaming mode on Mediaset Play and will be repeated on LA5 at 11.50.

The format is produced by Sunshine Production, a co-production with Italian Movie Award ® of Carlo Fumo.

For further information and the official programme, visit
www.pizzagirls.it/programma-la5