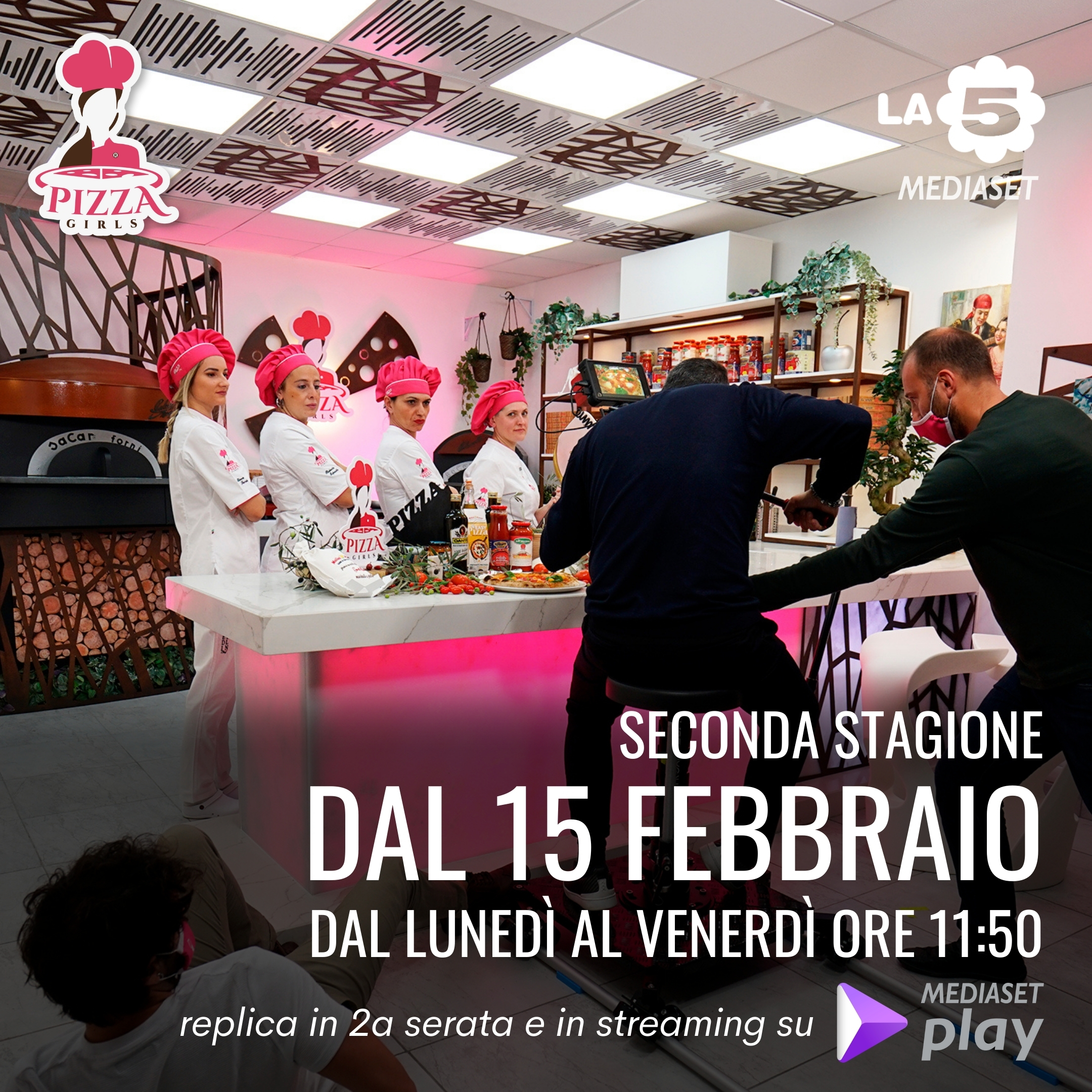 Olio Dante lands on TV as main sponsor of the season 2 of “PizzaGirls” ® La pizza secondo le donne!, the La5 TV show on pizza by women point of view, on air since next 15 February, from Monday to Friday at 11:50 am.

The real star, however, will be pizzas seasoned with Olio Dante products and topped directly by several guests coming from the show business as for example Maurizio Mattioli, Enzo Salvi, Maurizio Casagrande, Francesco Paolantoni, Simona Borioni, Arteteca, Carmen Di Pietro and the actresses of Casa Surace, Fernanda Pinto and Irene Grasso. Each guest will reveal their favorite pizza to viewers and will engage in the preparation with the valid help and support of the pizza chefs.

There will also be guest stars: experts from the world of food and personalities related to current events, such as the scientist Antonio Giordano and the New York restaurateur Michele Iuliano.

In each episode, the pizza of the day will be seasoned with Olio Dante, which will embellish the most loved dish of the world, recognized as a World Heritage Site by UNESCO. Only quality ingredients, the experience of the pizza chefs, the creativity of the guests and a touch of comedy will be the essential components of the television broadcast.

All episodes will be also broadcast abroad by Mediaset Italia since next 8 March. “Pizzagirls” will be repeated, again on La5, from 12:45 am. All episodes, starting from the day after the airing, will also be available in streaming on Mediaset Play. The format is produced by Sunshine Production, in co-production with Italian Movie Award.