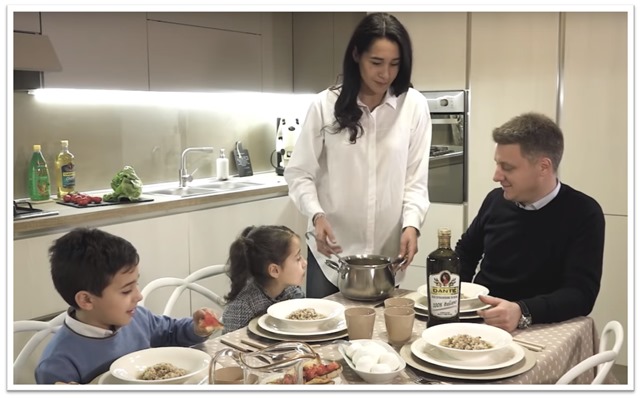 The ceremony will be held on the 16th of June, 2019, in the historical Teatro alla Scala in Milan

Best corporate video among the Fiera Milano participants: Olio Dante S.p.A. wins the “YouCamera 2019” award, an annual competition that selects the 3 best corporate videos among all the companies that participated to the Fiera Milano. The competition is organized by the Chamber of Commerce of Milan, Monza Brianza and Lodi and the prize will be awarded on the 16th of June to Enrico Luciano, Chief Executive Officer at Olio Dante.

“I want to highlight the excellent work the team has done – says Enrico Luciano – at a time where the company is constantly focused on multiple initiatives to continue its growth in the market. The video is a journey across time and space, a touching reminder of Italian traditions and, in particular, of our legacy, our commitment and our passion. My thanks, alongside a fair share of personal pride, goes to everyone for their constant dedication and commitment”.

The winning video – available on YouTube through the following link – is in fact a journey in the past, through the history of the Dante brand, which began over 150 years ago, in 1849. Since then, passion for the most authentic flavors and century-old traditions have been the key drivers for the company. The video also captures both the legacy of the brand and at the same time sheds some light on the modern production process at the Montesarchio (BN) plant. Employees are at the center of the second half of the video, from the operators on the production lines to the warehouse workers, up to those who, alongside their children, played the part of the actor for a day and put a face to the Olio Dante family.

The company chose to partner with Arcadia srl for the shooting, production and post-production of the video. During the ceremony – which will be hosted by Carlo Sangalli, President of the Chamber of Commerce of Milan, Monza Brianza and Lodi and Giuseppe Sala, Mayor of Milan – a short summary of the video will be played for the audience, alongside a presentation of the company.

A performance from the orchestra of the Accademia Teatro alla Scala will close the event.